PammyO said:
Hi the update won't start for me?? Any tips?
Click to expand...

Hi,
Assuming that you are using a usb stick, make sure that you remove the SD card for the sat nav maps before plugging the usb stick in.
Check that the unzipped files from the download aren't in a folder on the USB stick.
Check that the usb stick is formatted to FAT32 and contains no other files than those from the download.
Try a different usb stick (not a usb3 one - you can tell if it's usb3 as the plastic tab inside the metal case of the plug will be blue)

Joined 1 mo ago
·
4 Posts
Thanks I will retry this morning, and confirming car not running?

Car not running, just ignition so the head unit is powered up.

Joined 1 mo ago
·
4 Posts
Got it to work using SD card, so pleased thanks for all the help given, much appreciated!!!

Joined 3 mo ago
·
3 Posts
My wife uses Apple and I use android. Apple Carplay worked fine but android as a bit "cartoonish" when I did the update but it now seems to reflect exactly what you get with Apple. Same look and feel and apps.

Is there anyway to add apps to the set up .....say Youtube, and video calling withinj facebook....
Have read that video is not supported which is a shame.

2015 Vitara SZ-T
Joined 12 mo ago
·
47 Posts
Adding non native AA apps like YouTube is possible but the methods that I've seen need you to root your android phone to achieve. 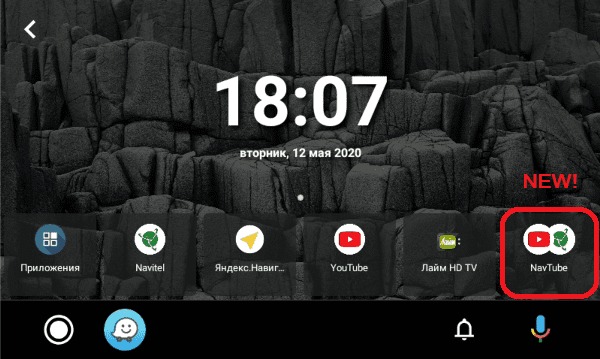 YouTube and Netflix are blocked by default on Android Auto, and so are all the other video apps that can obviously distract drivers and eventually become a hazard for everybody.

Ticking_Fox said:
I've never tried using SD, but as far as I am aware you can do it (unplug any usb drives first as I believe only SD or USB should be plugged in when doing the update, not both together)
Android auto should work fine as long as you follow the setup steps for AA properly after you have done the update.
Click to expand...

Note: Android Auto does not always work. After Googling many sites to try to get a Huawei Y7 working - it does not. There is a note somewhere that a lot of phones will not work with Android Auto which I think is ludicrous in this day and age. Another half-baked app not fully tested.
It works fine with my Samsung A71 (connected to USB).
Please also note that many Infotainment units are not WiFi compatible for use with Android Auto and you will therefore perhaps only get it working with a USB connection.

Deke said:
Note: Android Auto does not always work. After Googling many sites to try to get a Huawei Y7 working - it does not. There is a note somewhere that a lot of phones will not work with Android Auto which I think is ludicrous in this day and age. Another half-baked app not fully tested.
It works fine with my Samsung A71 (connected to USB).
Please also note that many Infotainment units are not WiFi compatible for use with Android Auto and you will therefore perhaps only get it working with a USB connection.
Click to expand...

I had issues with my old Huawei P10 and AA but got it to work by enabling Developer Options and then USB debugging. Not had any issues with Samsung or OnePlus (tested in Suzuki, Vauxhall and Nissan) so could be as much a phone manufacturer issue as it is AA.
You could try one of these if you wanted to try adding wireless to AA: 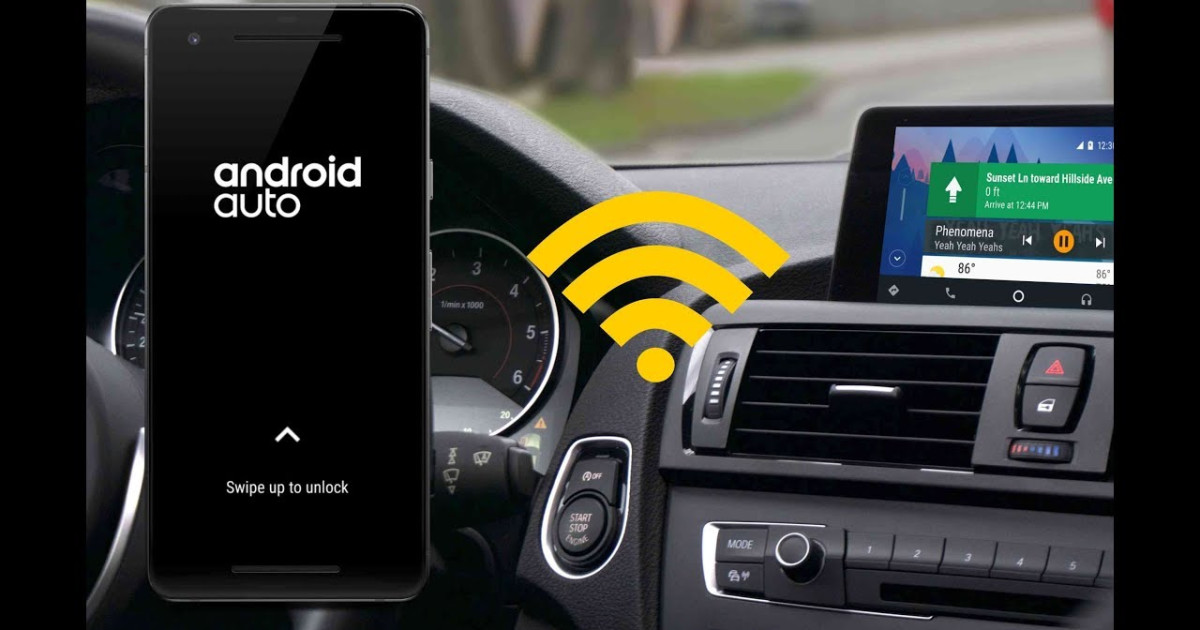 Bring wireless Android Auto connection to your car | Check out 'AAWireless' on Indiegogo.

Glad you managed to get the update done.

I had to have USB debugging enabled on my old Huawei phone for Android Auto to work on our previous 16 plate Vauxhall Corsa, but don't need to on my current OnePlus phone for the Vitara.

May be a phone manufacturer related thing rather than a Suzuki / Android Auto thing
Click to expand...

2015 Vitara SZ-T
Joined 12 mo ago
·
47 Posts
Been hacking and flashing ROMs for many years too and TBH Huawei were some of the most awkward and obstructive I've encountered for many things.
D

Ticking_Fox said:
To do the infotainment update see the steps below (c/o vivavitara)
Important note:
Firmwares that are versions 8xx or 18xx are for EU region only.
Ones that are 7xx need updating with the non EU version starting 17xx.

Be patient, it takes a quite a while - I updated mine from 850 to 1880 and it took about 35mins including the heart stopping bit where it gets so far and then appears to restart (I think it was doing an incremental update as the versions I went from to the newest one linked below are so far apart)

Whats needed?
• The files with the upgrade (unzipped and placed on usb stick, not in a folder, I think there are 14 files all-in)

1 Unzip and store the files on the empty USB-stick

2 Take out the SD-card with the map-data from the SLDA-unit.

3 Turn ignition on to ACC (for cars with the Key-less option, press the Start button once without holding down the brake pedal and let the SLDA-unit boot

6 The update starts (you see this as the screen turns grey with some flickering for a couple of seconds), and then the upgrade screen is shown. In this screen there is a progress bar, which after a quite a while (10mins or more) eventually gets up to approx. 76% or thereabouts, and then turns black for a couple of MINUTES (it feels like that at least) and then the update process starts again from 0%, don’t have a heart attack, this is normal


8 Now the system boots up (you see the Suzuki logo) this is going to happen two times. In my case the system shut down after the second boot up. I waited for 2-3 min, and then with fear in my heart I pushed the “Start button” it WORKED!

10 Finally shut down the ignition and put back the SD-card with the map data
Click to expand...

You will laugh at this... I can't for the life of me invoke 'System' from the 'Settings' option on my infotainment system (the Bosch type). I still downloaded and installed successfully the updated main system software.
Absolutely nothing has changed except the version number.
The laugh is that the map sdcard that I'm trying in vain to use says that the 'new' system version is older than the maps and I need to update it! Huh? The version downloaded and installed is AI_PRJ_SUZUKI_UG_EU_SOP8_LINUX_19.0S01.
The previous version was 17.xxx something.
So I'm no better off.
I can see others are having success. Lucky them.

Ticking_Fox said:
A firmware starting 7xx or 17xx is not for EU models, if your car is an EU model (i.e. Suzuki Magyar rather than Suzuki Maruti) the firmware needs to be a 8xx or 18xx version 👍🏻
Click to expand...

So you're saying that my car is not a UK model (version originally installed is 17.0S01) and that the software that I downloaded (version downloaded and installed 19.0S01 2003/1) and successfully installed from a link on here is not correct?
I'm confused. Is EU including the UK? Will my maps never work?
Thanks again for your insight.

2015 Vitara SZ-T
Joined 12 mo ago
·
47 Posts
Hi,
17.0S01 isn't the SLDA software/firmware version, it's part of the software label - the version is listed on the top line of the 'software version' screen that is accessed after holding down the settings button for 10 sec (the software label is on the 2nd line)

All software/firmware revisions are listed here:

Suzuki Vitara for the European market (sorry, force of habit calling it the EU) are built in Hungary by the Suzuki Magyar subsidiary.

If your car is a European model the SLDA software/firmware version will begin either 8xx or 18xx depending how new the version is.

Hope that helps clear up the confusion that we have encountered 👍🏻

Joined 29 d ago
·
10 Posts
Currently sat at a Suzuki main dealer after my update failed. I followed the instructions to the letter using a usb 2.0 flash drive - it got to 23% after around 20 mins and then froze for over 2 hours and now the system just says update failed and doesn't do anything. The garage are trying to sort it for me. Currently the car is sat with the battery disconnected as the infotainment isn't playing ball. I know they'll be additional tips from the forum (using SD card etc) that I could have tried but I did exactly as the original instructions stated and it failed. Just a warning to anyone else considering trying it.

Ticking_Fox said:
@Maverick85 Sorry to hear it didn't go to plan, hope you get sorted ok 👍🏻
Click to expand...

Cheers, me too! I'll post an update once they've finished with it.
D

Maverick85 said:
Cheers, me too! I'll post an update once they've finished with it.
Click to expand...